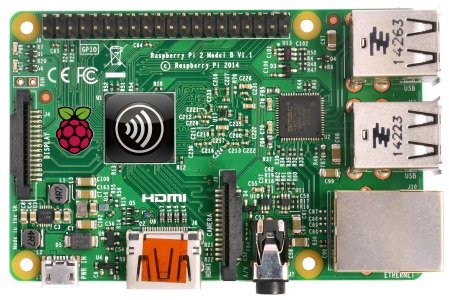 Muhammad @Citrix initially created a proof of concept of the Citrix Receiver for Linux for the Raspberry Pi, it sparked a lot of interest as can be seen on the comments on the blog series he posted (Part 1, Part 2, Part 3). The idea of having a Raspberry Pi out performing many of the existing (and more expensive) thin clients at an amazingly low cost was of course going to be of interest.

When the Pi 2 came along with the potential for performance to take another step up was clear. As can be seen from the comments Citrix is working with the Raspberry Pi Foundation and 3rd party vendors looking to create add management capabilities to a Raspberry Pi thin client, e.g: ThinlinX.

This post covers many of the points covered in the comments on Muhammad’s blog posts. But goes further, by providing the individual steps necessary to set up and optimise the Citrix Receiver, ready to connect to a Citrix XenApp server. This guide is based on starting from a completely clean image of Raspbian Wheezy on my Pi 2.

UPDATE: I’ve also posted an updated guide for use on the newer Raspbian Jessie release.

The Citrix Receiver for Linux has a dependency on glibc6 version 2.15-0 or later. Raspbian Wheezy currently ships with 2.13-38 as can be seen by checking the output of ldd –version:

Later versions of glibc aren’t available in the Debian Wheezy branch. They are however available in later Debian release branches. If you do manage to get it installed there are still changes you need to make to improve the performance to a usable level.

As of today (1 Aug 2015) there isn’t a ready packaged solution. When Raspbian updates to a Debian “Jessie” derivative I’ll review which steps need to change. For example Jessie includes the required version of glibc6.

We also need to make some changes to the Citrix Receiver and the Raspberry Pi’s configuration.

The OS needs to be updated to add a newer version of glibc, this updated version isn’t available in the stable branch, instead we need to get this from the unstable (sid) branch.

Edit files using vi, nano or whatever you like, such as Sublime Text on my Windows PC, see how here.

1.2 Install the updated glibc6 from the unstable branch

To avoid accidentally updating the whole distribution to unstable packages, change the sources back

The Citrix Receiver has a number of package dependencies, some required some recommended. I’d recommend you use gdebi to install the packages as it will find and install the dependent packages and therefore simplify the setup. So if you don’t have it installed already run the command: sudo apt-get install gdebi (Thanks to Ben Waine for making me aware of gdebi).

Also ensure you download the ARMHF packages and not the ARMEL versions.

You’ll need to have GUI running if you haven’t already. If at a terminal prompt, enter the command startx to load the GUI

3.1 Configure the Citrix Receiver for Linux

You can measure some elements of session performance my examining information from Citrix HDX Monitor, which can be downloaded and run within the session. If you run it you’ll see something like the images below (though these are taken from a Windows Client): 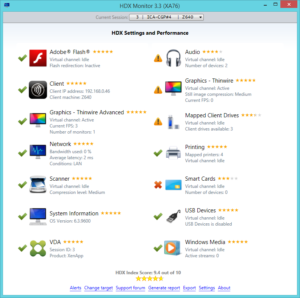 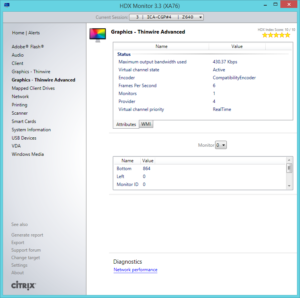 An alternative to using HDX Monitor, the Receiver for Linux offers some client side metrics which can be enabled via parameters for WFICA_OPTS (see the section “Monitor real-time performance” in the Citrix Receiver for Linux OEM’s Reference Guide for more information on what each of these values do). Using these options we can assess the impact of the suggested changes. Before running the Citrix Receiver, run run command:  export WFICA_OPTS="-rm Dcdjfresot" 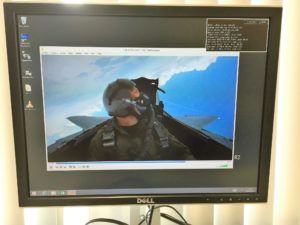 For my test I connected to a XenApp 7.6 Desktop at 1600×1200 and ran a 720p video using VLC. The frame rates and CPU usage values quoted are the average during video playback. The initial rate achieved before any (ok I’d fixed the CPU Governor to ondemand rather than powersave) optimisation was 6.8 FPS @ 45% CPU usage. After all the optimisations below are applied, including the Pi2 preset overclock; there was a 178% improvement to 19 FPS @ 34% CPU usage.

If you ever see a small rainbow coloured square on the top right of your display, this is an indication that your Pi is not receiving sufficient power. You should review the PSU are using ideally you want a PSU with a 5V 2A (2000mA) output. The actual power draw of your Pi will be dependent on devices you have attached. In addition to the rainbow square, the Pi will not be able to run the CPU at maximum power.

This controls the one of the power management features of the CPU, see: cpu-freq documentation.

The ARM processor in the Pi 2 supports some extensions to accelerate certain operations, called NEON. Intel has MMX and SSE2. Using these extensions libjpeg-turbo claims a 2x-4x speed improvement. The Citrix Receiver configuration needs to be modified a little to take advantage of this. Once again we have to use the unstable branch to access the required packages.

Performance: No change as expected in H264 mode.

A side effect of increasing the size of the frame buffer (step 5.1), is that by default connections will now switch to H264 mode. However this won’t give the best experience on a Raspberry Pi, so we’ll want to disable this for all connections.

When you make a connection to your XenApp/XenDesktop Server you may want to try playing some video content. Citrix has a feature (HDX MediaStream aka RAVE) which can redirect video to be played using client side resources rather than playing it server side. The Pi, however doesn’t work well with this. So we’ll want to render our video server side.

Performance: No change as test uses server side rendered video.

The raspi-config utility provides some simple steps to try out various levels over overclocking your Pi. Online you can buy heatsinks and cooling fans if you feel the need to push the limits of your Pi and go beyond some of the standard overclock settings. However if you push the limits it tends to lead to instability. Testing with Pi2 preset I didn’t have any issues with stability. 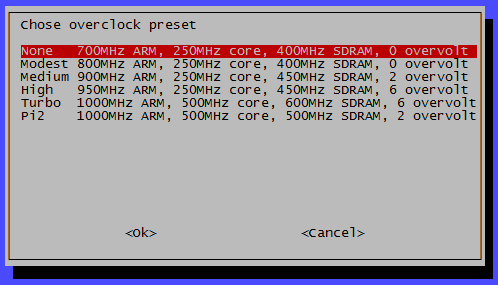 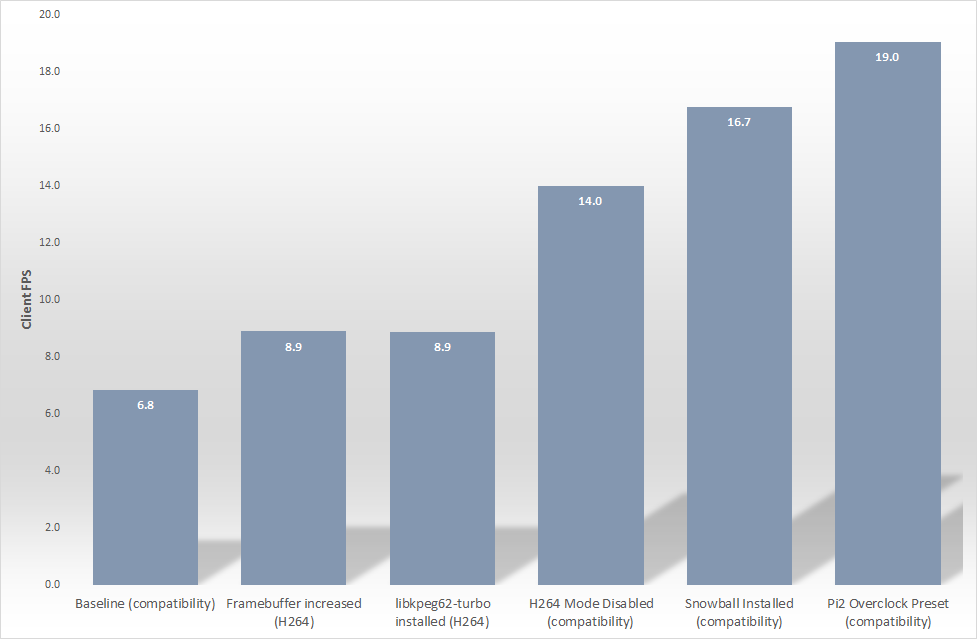 I must give huge thanks to Muhammad Dawood (LinkedIn / Citrix-Blogs). Not only for his initial efforts to port the Linux client to the Raspberry Pi 1 but specifically for working with me to determine the various changes/tweaks necessary to get the best out of the Receiver running on the Pi 2 using Raspbian Wheezy.

Secondly, I must thank Tobias Kreidl (LinkedIn) who responded to some of my very early posts on this blog. His interest in a Citrix Receiver for Pi 2 sparked my realisation for the need to create a step by step guide. 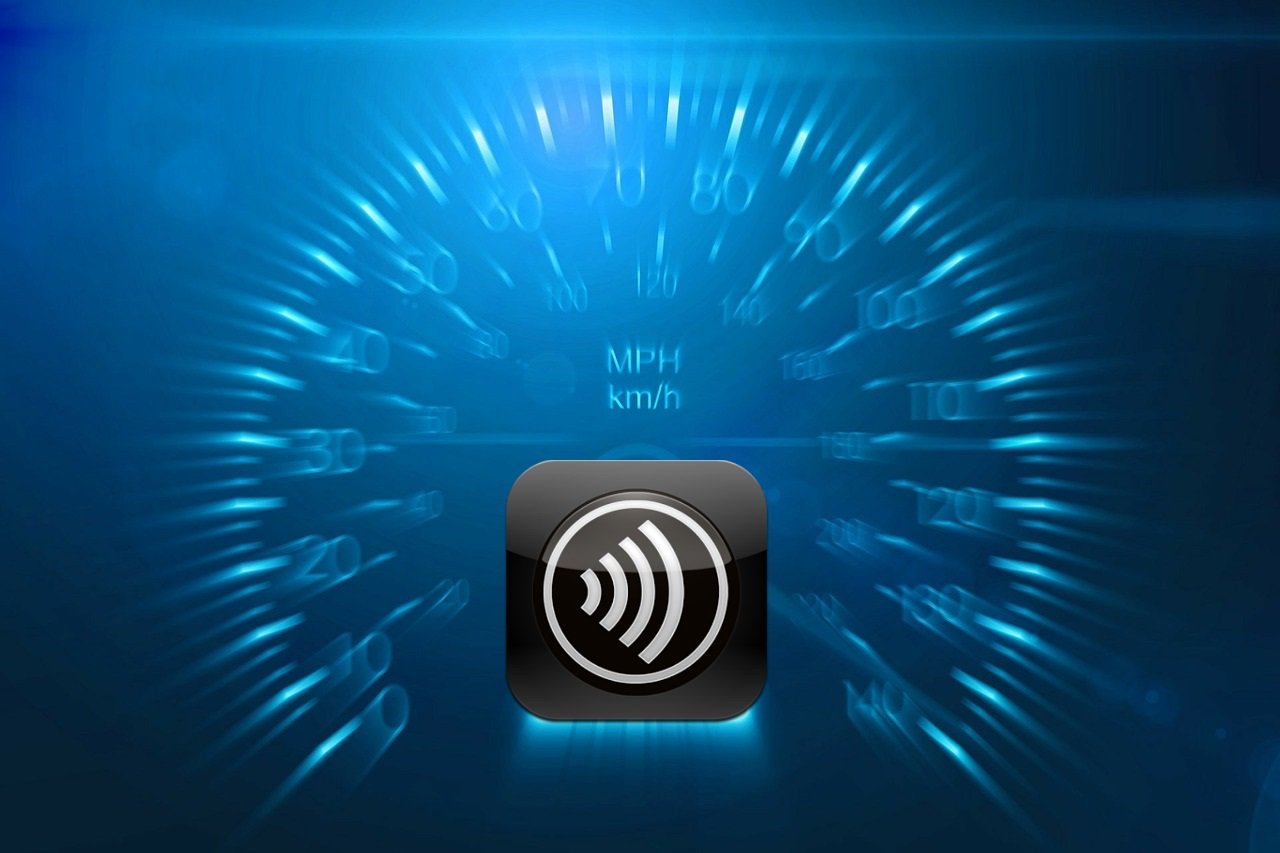 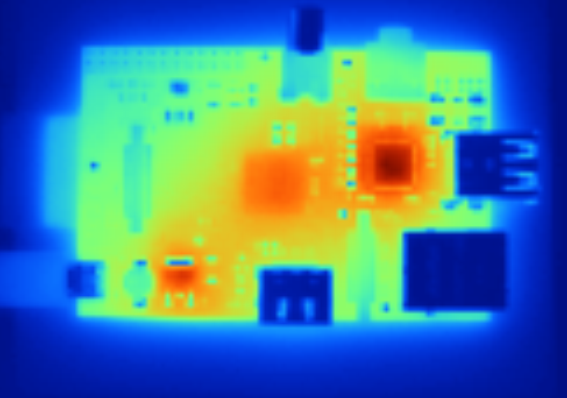