I’ve been awaiting the release of the official PoE HAT since the introduction of the Raspberry Pi 3 B+ (March 2018) where the introduction of the extra 4 pin header hinted that a PoE HAT would follow shortly after. It took a little longer than expected (availability announcement 24th August 2018) before the PoE HAT was released. I was keen to give it a try for one of my on going Home Automation Projects. As soon as I received notification it was in stock I placed an order with The Pi Hut along with replaced my existing Gigabit Switch with a PoE capable version (to avoid the need for lots of messy wires/PSU and dongles) so that I could take this new HAT for a spin.

I’m sad to report that so far my experience with this HAT has not been positive. 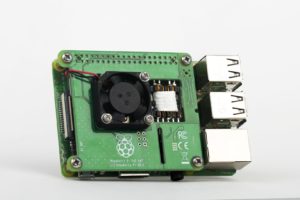 The problem can be seen clearly running the command dmesg -w which allows you to see real-time monitoring of driver messages. With and sometimes even without any USB devices connected then log shows messages like:

I know from the replies to my forum post that the Raspberry Pi Engineering team are aware, but it would be good to see a bit more information flowing from the team. The PoE-HATs haven’t been pulled from sale, so I’m hoping that this is just going to be a software/firmware issue.

Advice to anyone considering the Raspberry Pi PoE-HAT, hold on. Unless you are sure you aren’t going to need to use any of the USB ports. If you need to use the USB ports and want to use PoE then continue to use an external Active PoE splitter.

Relaying some of the discussions from the Forum Thread:

Finally, an update from the Raspberry Pi team, albeit it took the help of The Register get Eben Upton to admit that the current shipping version of the PoE Hat is fundamentally flawed, due to a compatibility issue with one (of two) vendors current limiting switch on the main RPi3 b+ board. Richard Speed from the Register posted this article today. A section was also then re-posted to the Raspberry Pi Forum thread where the community had been investigating the issues.

The choices ahead seem to be:

I think I’ll wait a few more days before deciding what to do.

EEVblog starts to investigate the RPi PoE HAT issue but lets the magic smoke escape. At least Dave was able to predict the issue is with the USB controller trigger the USB ports to turn off, due to the ripple from the PoE HAT. Which if he’d read Eben’s post or the rest of the forum thread (or here 😉 ) he’d already have known. Anyway always good to watch the EEVblog: https://www.youtube.com/watch?v=wopmEyZKnYo 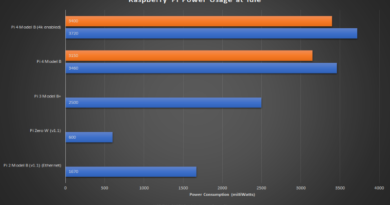 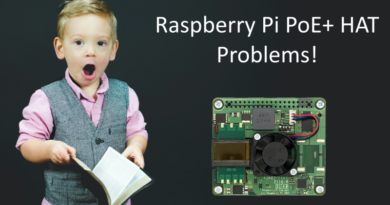