The Argon NEO is the latest Raspberry Pi 4 case offering from Argon Forty (or is it Argon40?). Its aluminium construction looks and feels beautiful as well as being functional, as the case acts as a heatsink for the Raspberry Pi 4.

Using the enclosure as a heatsink is not new, the FLIRC cases have led the way for several generations of Raspberry Pi. So how does the new entrant to the market stack up?

On price, the FLIRC is $15.95 and the NEO is $15, so pretty much the same. The FLIRC Raspberry Pi 4 case is available from UK suppliers (£16), whereas the Argon NEO needs to be sourced directly from Argon40.com or SeeedStudio.com (I used Seeed as this was part of a larger order). So what makes the NEO special and worth seeking it out?

Now available for sale in the UK from The Pi Hut for £15.

On Design, both have plastic bases with small rubber feet. The FLIRC uses a soft touch matt black plastic, the NEO base is glossy semi-translucent with two rows of ventilation slots. It also has “Argon1 :NEO” etched into the base, which I find a little confusing, as “Argon ONE” is another product from Argon Forty and nothing else refers to the product as Argon1 and even the “:” before the NEO isn’t consistently used, so I’m not sure if it’s part of the product name.

The top section of the FLIRC case is aluminium topped with some more soft-touch plastic. The side features the FLIRC name and logo cut into the side of the brushed silver case. The NEO leaves all its metal on show, and though the designs/images shown on the website show “:NEO” cut into the metal, the version I received has the logo printed on, maybe cost-saving, or perhaps production issues of this new product.

The star feature of this Argon NEO case is that a section of the top of the case can be removed to provide access to the Raspberry Pi connectors. It does this without impacting its passive cooling ability.

There is a second layer of metal that interfaces with the Raspberry Pi components with cutouts for the Pi Camera Port and Display Port along with all the GPIO pins and the PoE HAT 4 pins. The metal cover has all the connectors and GPIO pins labelled, which is a bonus. The top section is held in place with a couple of strong magnets, so can be easily removed and refitted without any tools.

The FLIRC case has a slot at the bottom of the case so that the GPIO pins could be accessed if you use a ribbon cable. The NEO solution allows all the connectors to be accessed and even mount HATs. There is also a slot to mount a Pi Camera if you wish.

One of the primary reasons for considering either the FLIRC or the NEO has to be its passive cooling performance. In my previous case testing the FLIRC case did well, coming second to an aluminium armour radiator case. The FLIRC and NEO certainly look and feel nicer than the radiator case, but the FLIRC feel short by ~10°C a significant shortfall. We’ll need to investigate how will the Argon NEO stack up.

Performing the 1hr stress test against 1, 2, 3 and then all 4 CPU cores of the Raspberry Pi 4, the NEO case is able to maintain the temperature below thermal throttling limits.

Note this testing was performed without applying the late October 2019 update which improved efficiency, in so that the results could be compared to historical case testing results.

To determine if removing the top cover would help due to removing the air cavity beneath, or make things worse as the amount of metal to absorb and radiate the heat has been reduced, a test under full load was performed.

Removing the cover reducing the peak temperature from 74°C to 71°C.

NEO vs FLIRC vs Armour Radiator

The Armour Radiator style case continues to hold top spot on thermals. The NEO with the cover in place hits a peak temperature of 74°C. the FLIRC is 1°C lower, probably within the error range of the test. With the top section/cover of the NEO removed the temperature hits a peak of 71°C, a couple of degrees lower than the FLIRC.

I’ve previously performed testing of WiFi signal strength during some of my previous round of cases testing. As the Argon NEO is another metal enclosure we need to see how it compares.

Note, to avoid variance in results due to environmental factors. All the test results presented here increase new re-tests of existing setups. All performed within a 1hr time window, with the cases placed in the same location, testing one at a time.

The test methodology is as previously described.

The NEO and the FLIRC perform very similarly, with the NEO able to edge slightly ahead when the top case section is removed.

When compared to a non-enclosed Pi, both cases show a significant impact on the overall signal strength measured and with some of my access points not detected at all, or very intermittently.

These new cases don’t change the previous summary from testing other metal cases. Whilst signal strength is impacted, it doesn’t mean this case won’t work for you. But if you plan to use a Pi in any of these metal cases in an area with a known weak WiFi signal, then these cases will only hamper it further and may result in an inability to connect to the wireless network.

The NEO is a beautifully designed case that provides access to the Raspberry Pi ports and connectors that the FLIRC case lacked. The Armour HAT could work with HATs with some header extensions and care to avoid shorting the HAT on the metal beneath. The NEO almost takes the best of both the FLIRC and Armour Radiator and makes them better.

Minor criticisms of the Argon NEO

This might be my new favourite case. I hope we’ll see this being stocked locally soon. 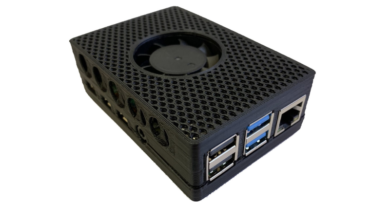 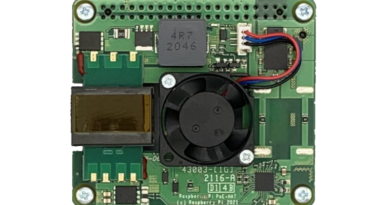