The Argon ONE was first released for the Raspberry Pi 3 following a successful Kickstarter. The designers Argon Forty have recently released the Raspberry Pi 4 version which has adapted to the changes the Pi 4 introduced.

This is the most beautiful enclosure I’ve tested in terms of both form and function. Last month I reviewed the Argon NEO which is the impressive little brother of the Argon ONE. They share some construction materials and a clear common design ethos.

The decision to invest in developing a board to allow all of the standard ports to be mounted at the rear makes this, in my mind, an ideal candidate for a Thin Client platform, a tiny form factor Linux PC or an elegant media player. Both in appearance and performance, it’s leagues ahead of the official Raspberry Pi 4 Desktop Kit, which uses the official Pi 4 case which I’ve proven time and time again isn’t fit for purpose.

Like the FLIRC, Argon NEO the Argon ONE uses an aluminium enclosure to wrap around and protect the Raspberry Pi 4 and also act as a huge heatsink. The massive surface area provides impressive cooling, that even under maximum load for a sustained period didn’t even get to 60°C (more details below), well away from thermal throttling point of 80°C. The case has an integrated 30mm fan which can be controlled once some additional software has been installed. Ventilation slots are cut into the top case section, the rear removable top panel has fins and a channel to direct air into the case through a gap next to the external GPIO connector.

The rear top panel segment is attached with two magnets, once removed it reveals access to the full Raspberry Pi 4 GPIO header via a colour coded connector, with designation screen printed on the case. The connector has been effectively rotated to allow most HATs to still be connected with them overhanging the rear of the case. The pHAT I tried fitted almost flush to the rear of the main case. In reality, I’m doubtful that many people would use HATs with this case. The lack of access to the 4 PoE Pins means the POE HAT can’t be used. Whilst GPIO access is provided, it’s not possible to easily use the Pi Camera or Display ports.

Front of the case is shaped to allow the translucent lower section of the case to rise up slightly right, allowing the LEDs on the Pi to be seen. There also appears to be the option of installing some IR transmitters and receivers, though at least on the original version these weren’t supported, it remains unclear if they are now, or ever will be.

The rear of the lower section of the case has a small opening to provide access to the SD-Card.

The rear of the Argon ONE main case provides access to the Ethernet, 2 x USB 2.0 and 2 x USB 3.0 ports you’d expect. In addition, the Power, AV and twin micro HDMI connectors have been represented at the rear, creating a cleaner design and simplifying cable management.

The final component on the rear of the Argon ONE case is the power button. Depending on the state of the Raspberry Pi the button performs different functions (requires Argon ONE software to be installed)

The software needed for the Argon ONE is installed via the command: curl https://download.argon40.com/argon1.sh | bash

The Argon ONE provides a small daughterboard to expose the 2 x HDMI and 1 x AV port on the rear of the case. This is inserted into the Pi 4 before being installed into the case. Note the USB-C power connector on the side of the Pi 4 is not used, instead, the USB-C input power is provided through a larger board mounted to the top of the case.

The larger board provides the USB-C power connector, power button, a fan header for the installed 30mm fan along with providing the means of presenting the Pi GPIO header through the top of the case. As mentioned earlier there are a pair of IR pad on the board, but they don’t appear to be supported at present.

The larger board has a cutout allowing a couple of large towers of aluminium through to reach the Pi 4’s processor and memory, once the supplied thermal pads are installed.

After booting and installing the Argon ONE software, the internal fan can be configured using the argonone-config command. By default the fan runs at 10% at 55°C, increasing to 55% at 60°C and 100% at 65°C, the utility allows custom thresholds and speeds to be set, or even for the fan to be set to always run at 100%.

I found the stock fan a little noisy, not terrible, but not great even at low speeds. Removing the fan revealed it as an RDKCooler RA03010HD5 30mm 5V DC fan which has a noise level of 33dBA, considerably higher than the Sunon MagLev MF30100V2 I’d tested in a previous case test.

The Sunon fan is quieter, but still not close to silent, so I suspect much of the noise is caused by turbulence generated pushing the air through the case. The noise level increases with the top GPIO cover removed.

As Raspberry Pi enclosures go, the Argon ONE is definitely on the more expensive side at $25, though really I’m not sure there are any cases that are comparable to what the Argon ONE delivers.

I sourced this from SeeedStudio.com as part of a larger order at a time when there weren’t any international stockists. Since then more international distributors are stocking the Argon ONE. At the time of writing I found it available at:

The results above show the impact on CPU temperature of running a 4 core stress on the Raspberry Pi 4 for 1 hour. Without fan running the maximum temperature reached was 59°C, well below any level of thermal throttling. Enabling the fan and its default profile (10%@55°C, 55%@60°C, 100%@65°C) shows that even under a sustained max CPU load, the Argon ONE only needed to run the fan at 10% speed.

As noted in my previous case review post, metal enclosures tend to have a negative impact on WiFi signal strength.

The Argon ONE performs very slightly better than the NEO and FLIRC cases. But as expected the metal case still has a measurable impact on signal strength.

The 5GHz channel 108 access point wasn’t seen in any of the results today, this AP had the weakest signal in the last round of testing. Possibly down to atmospheric or other electrical interference that wasn’t present during the previous testing.

This case stands out from all the other cases I’ve reviewed, it performs well and looks great. The Argon ONE form factor provides some great advantages for those seeking a more sleek case. There are some limitations, such as the lack of PoE support, and lack of Camera and Display port connections, but I’m doubtful these are problems for the scenarios this case is designed to be used in.

In the future I might try and set this up as a Citrix thin client, potentially exploring PXE boot to avoid the need for local SD card storage. Though I’m not sure if this is possible. 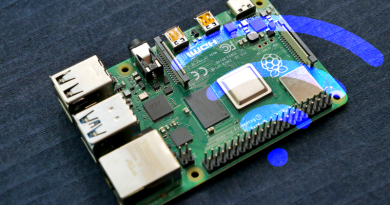 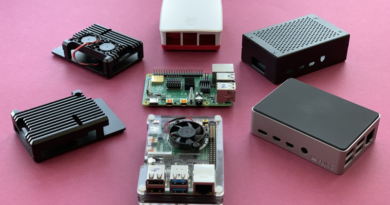