This post is the final part of a series from initial idea and prototype automated dog/pet door I described in Part 1, the challenges in Part 2a, Part 2b and Part2c. Now the Dog Door is has been installed and fully operational for several months now. Lily the Chow Chow who refused to push her way through the original dog flap, now uses the door without issue. Morag and Logan our Birman cats have also taken to using the Dog Pet Door. Looking at the usage yesterday it was activated 81 times, which I doubt it an all-time high either. Admittedly some of those activations will be the animals going up to the door but not always going out and coming in.

Whilst the Door is installed it’s not boxed-in and painted yet. I haven’t decided if I want to complete this version or try to create a mk2 version, one which would open in a hinged fashion like the ~£1600 PetWalk door. I believe that approach would be more airtight and be easier to add security/locking features and ultimately a mechanically simpler design that would be more robust long-term. I’ll be sure to write about it if I do, but for now, good-enough is good-enough.

The Dog/Pet Door is a dual stepper motor verticle lifting door with infra-red sensors for detecting a nearby pet, triggering the door to be opened. The system is controlled using a Particle Photon.

Whilst the door works autonomously, it’s also connected to my home network. Though this is can publish state to my Home Assistant using MQTT, Home Assistant could also send commands to the door to override the desired state. The door is also connected to to the Particle.io Cloud which provides remote access to all sensor states, along with the ability to remotely control the door, this is very useful when debugging. Along with the ability to monitor the health of the device.

The code for the PetDoor can be found on GitHub here. It should be easy to adapt for a range of other similar Arduino like microcontrollers.

Using MQTT, Home Assistant can be informed whenever the door is activated. It’s also possible for Home Assistant to send MQTT requests to control the door state. This I’ve currently disabled, as I found each time I rebooted Home Assistant it would send a command to open the door. I’m sure I’ll figure out what’s causing that in due course.

Some of the benefits of opting to use the Particle.io Photon is their over-the-air flashing and the web console that enables the health to be monitored as well as the capability to call functions, read variables and view events. This capabilities such as performance profiling to be enabled on-demand, to debug the status of sensors once deployed, which helped with troubleshooting problems. 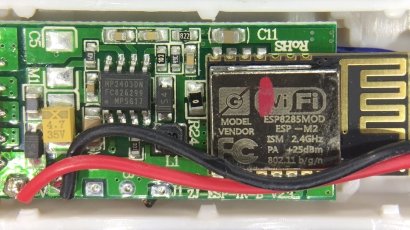 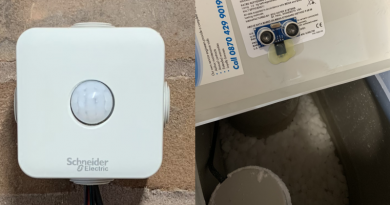 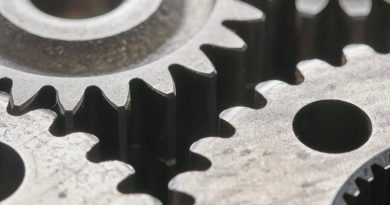